There’s something about pom poms I’ve never quite got it.

You know what I mean?

In theory I get it. In theory. But in practice…well my gut tells me I’m too sloppy.

In theory you wind yarn, a bunch of yarn, around an object like a 2″ circle or rectangle. Then, in theory, you cut the outside of the wound yarn…tie a string to secure the bits, fluff it up a bit and blamo! Pom pom.

In practice I suffer from the tendency to rush. I don’t use enough yarn and spread the yarn bits around as I cut. Making it difficult to tie a string around the, you know, bits.

Pom Pom Tutorial #1: Make a Pom Pom with a Fork

This is a two-in-one post but I wanted to highlight the classic fork pom pom. Full disclosure I’ve never heard of this method.

Anyway, Handimania took the time to photograph all the steps involved with this version of the pom pom. Use this method if you’re making teeny tiny cute little bobbles.

The tutorial is straightforward (as in no words, just photos) and I like how you tie the string around the yarn before cutting the bits. Seems like an important step.

Pom Pom Tutorial #2: Make a Pom Pom with an Hoop

For your large pom pom needs there’s an awesome tutorial by Vintage Revivals using, of all things, an embroidery hoop.

This comprehensive tutorial also promotes affixing the string before cutting the yarn. So it has my vote!

Pom Pom Tutorial #3: Make a Pom Pom with your Hand

I like this tutorial because it’s at my level. The quick-and-dirty, get ‘er done way.

But I have to say the main reason I chose this tutorial by Make it Handmade is the CUTEST baby hat I’ve ever seen. You must go see it.

Also in this tutorial’s favour is, of course, tie before cut. And she even has some tips for baby-proofing the pom pom so the wee ones can’t pull the bits out (you know they want to). 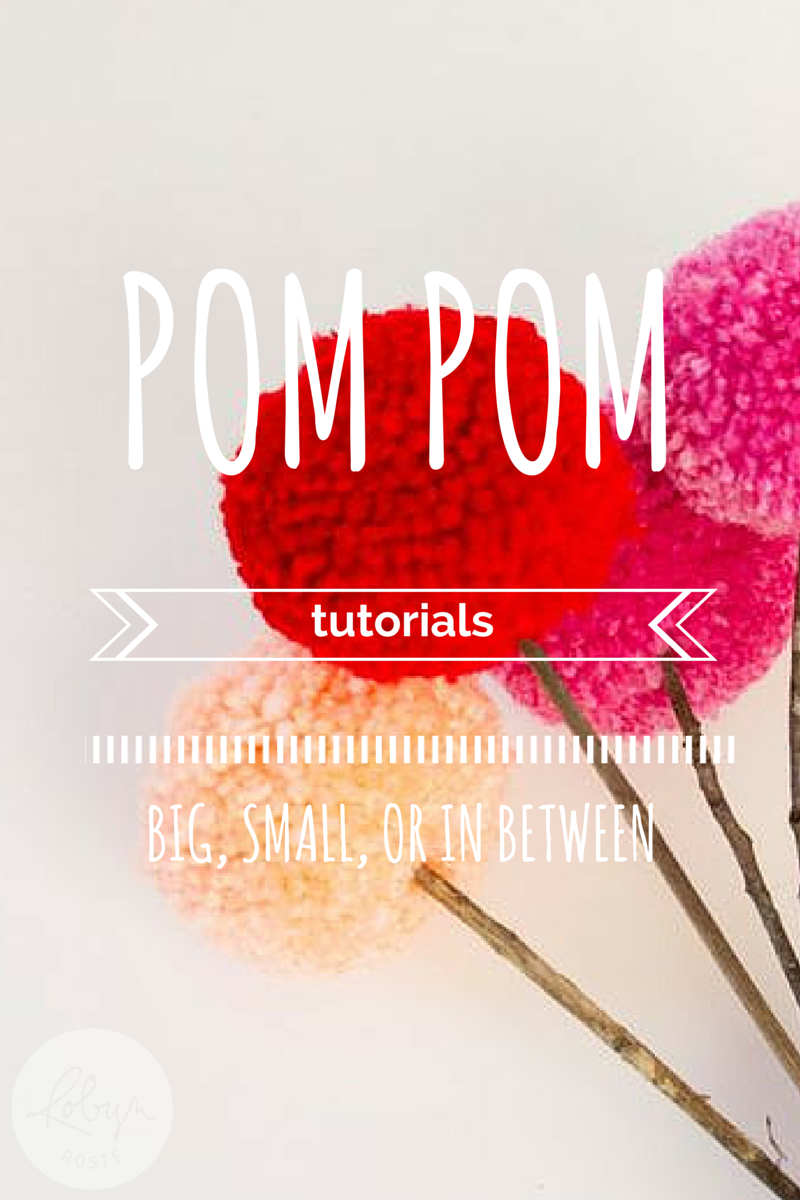 Hope this helps! I’m eager to get going on my pom poms of all sizes. But not shapes. Because they should all be circles.